“Instant” and accurate measurements even under the sun for valid mobile acquisitions. The MeteoTracker solution 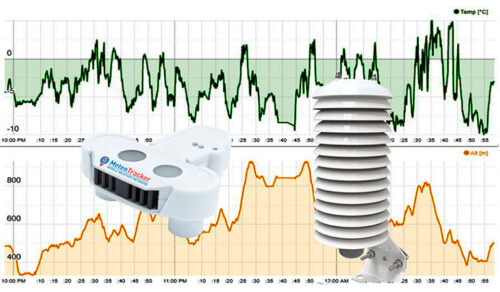 “Instant” and accurate measurements even under the sun for valid mobile acquisitions. The MeteoTracker solution

Sensor fully exposed to air flow to have a fast measurement response but well shielded to get accurate measurements even under sun exposure.

But, if the sensor is appropriately shielded, the air flow, and thus the measurement response speed, drops consistently, compromising the ability of the system to catch the sharp temperature variations met in mobility.

On the contrary, if the sensor is fully exposed to air-flow, it is the solar shielding, and thus the accuracy, that gets lost.

This is the requirements conflict that makes it really tricky to perform proper mobile air temperature measurements.

The MeteoTracker multi-sensor implements a patented system that allows to fully overcame it.

The physical quantity is the same – the air temperature – but when it comes to moving from static measurements (fixed station) to mobile measurements, its nature changes considerably: from a slow time-changing parameter to a fast time-changing one that may record up to 10 °C variation in some tens of seconds. 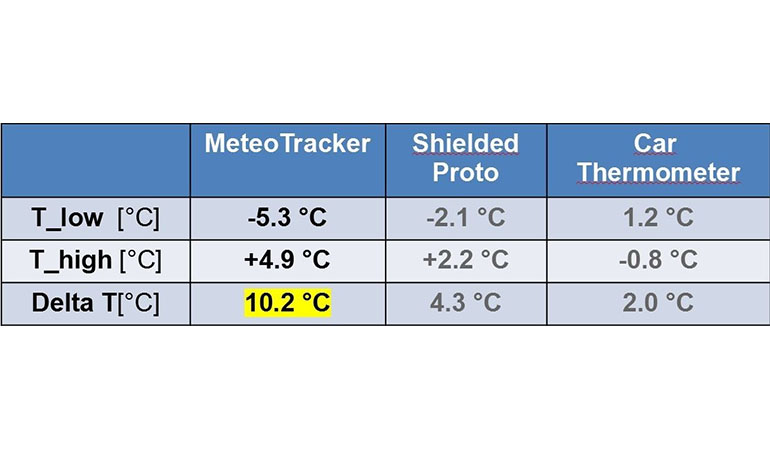 The point is that combining fast measurement response and accuracy under solar radiation is a puzzle very tough to solve.

In fact, a proper shielding, apart from not being fit for mobile usage, has a geometric structure that inevitably drastically reduces the air-flow that hits the temperature sensor inside the shelter. As a consequence, the measurement speed decreases considerably, as well.

“An ideal radiation shield would block all solar radiation; however, this is currently impossible because openings are necessary to allow airflow through the shield” [American Journal of Meteorology]http://journals.ametsoc.org/doi/full/10.1175/1520-0426%282001%29018%3C0851%3ATEOTAM%3E2.0.CO%3B2

In the static measurement context, the issue is of low importance since the air temperature, as said before, changes very slowly compared to the mobile scenario (10 ° C in only 34 seconds), so that the slowness of a measurement system does not introduce significant errors. What is needed is an effective solar shield.

In mobility, instead, the co-existence of the two requirements (fast measurement and accuracy under solar radiation) is essential.

MeteoTracker addresses the issue by means of a patented “differential, dual-sensor” system (Radiation Error Correction System), where two identical sensors are hit by the solar radiation with different intensity, whose ratio is properly calibrated.

This way, the temperature data reported by MeteoTracker preserves high accuracy even under strong solar radiation and at very low-speed (which means very low ventilation) or while stopping for a limited time.

Moreover, since shielding structures are not required, a huge exposure to air flow is kept obtaining a very fast measurement response.

Thanks to our solution, a third issue that would manifest itself with the ordinary approach is resolved: under solar radiation, the temperature reported by the measurement system would increase when the speed is reduced and, vice versa, decrease when accelerating:

The patented MeteoTracker system establishes a negative feedback so that when the vehicle speed is reduced the difference in temperature reading increases, which in turns increases the corrective factors, thus re-aligning the reported value to the correct one. 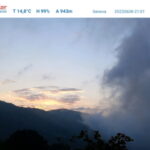 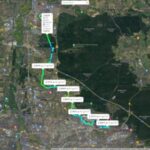 Predicted vs. actual value in weather 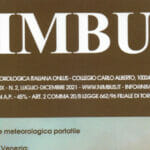 The MeteoTracker review on Nimbus, the 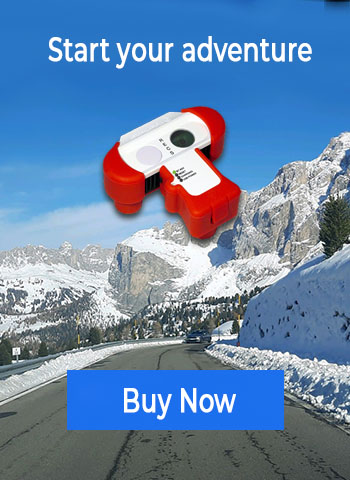